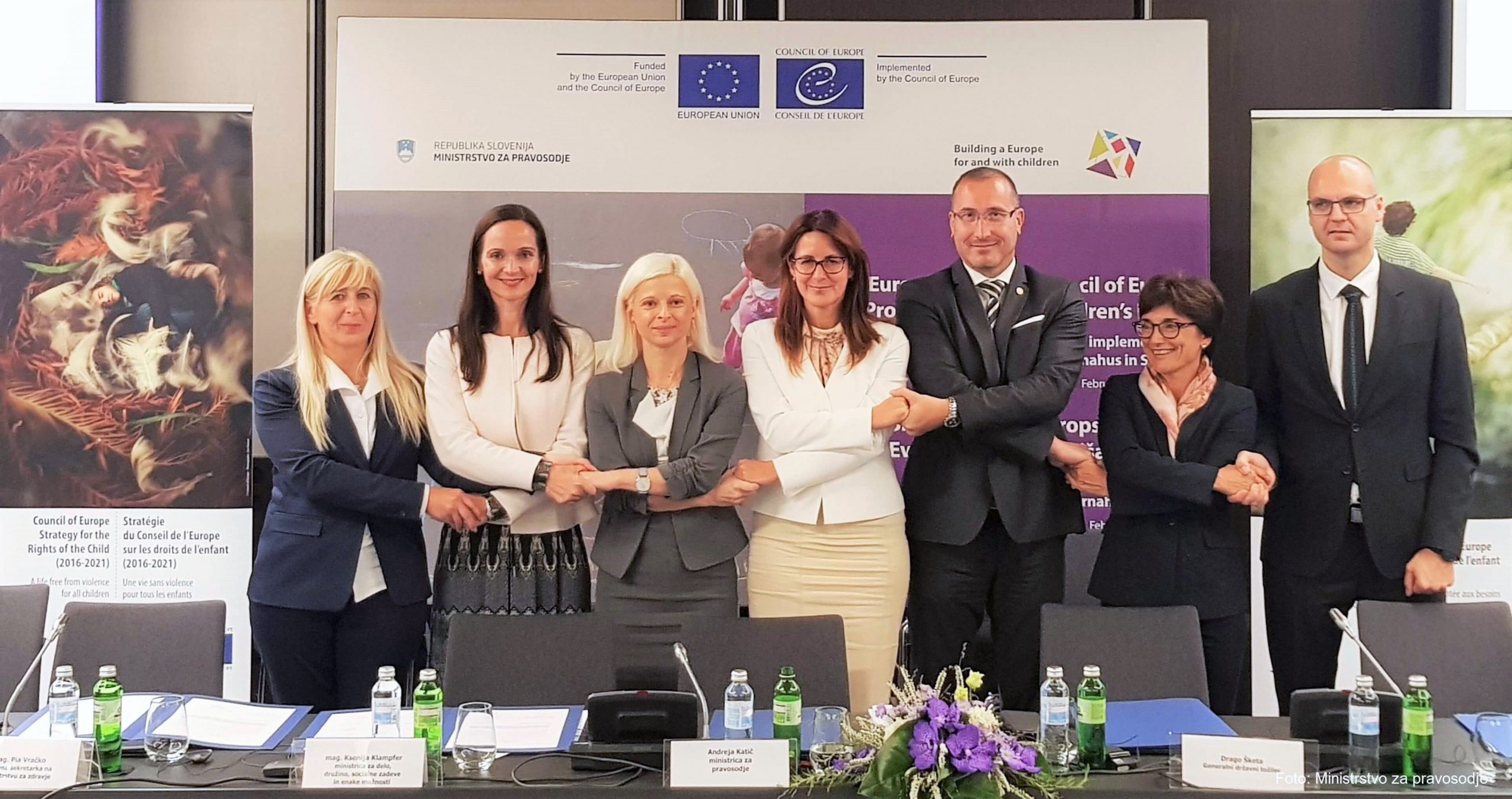 Slovenia has joined the Council of Europe’s Barnahus programme and will set up the first Barnahus/Children’s House in Slovenia which will provide a child-friendly setting for investigation of cases of sexual abuse with a view to reducing any further trauma suffered by child victims associated with these investigations. Icelandic model of a children’s house – Barnahus – has been promoted as the most appropriate model of implementing the Council of Europe Convention on Protection of Children against Sexual Exploitation and Sexual Abuse, also known as the ‘’Lanzarote Convention”. The first Barnahus was opened in 1998 in Iceland. The Barnahus model builds on bringing together all relevant professionals and services (judge, prosecutor, social workers, medical professionals) in a safe and child-friendly setting to avoid subjecting children to repeated interviews by many agencies in different locations, and to prevent their re-traumatisation during the investigation.

The joint EU-Council of Europe project has resulted in the development of national guidelines setting out the organisational and operational framework of the first Children’s House in Slovenia, as well as a roadmap for the establishment, operation and evaluation of a Barnahus in Slovenia, the two basic documents underlying the roll-out of this method in Slovenia.

The project which ran between February and October 2018 was co-financed by the European Commission’s Structural Reform Support Service and the Council of Europe and implemented in close cooperation with Slovenian Ministry of Justice.

The project closing event included a panel discussion featuring representatives from the Council of Europe, the European Commission, and other guests, including Mr Bragi Guðbrandsson, the founder of the Icelandic Barnahus, Ms Olivia Lind Haldorsson, the author of the Barnahus Quality Standards and members of the Inter-departmental working group for the implementation of the Barnahus project. The representatives of the National Focal Point and Programme Operator for the programme Enhancing Human Capital attended the event as well. The programme identifies the Barnahus project as a pre-defined project.

The event wrapped up with the signing of the Declaration on the creation of a Children’s House for child victims of sexual abuse by the Justice Minister Andreja Katič, Minister of Labour, Family, Social Affairs and Equal Opportunities Ksenija Klampfer, State Secretaries from the Ministry of Health and Ministry of the Interior Pia Vračko and Natalija Kovač Jereb, State Prosecutor General Drago Šketa, Deputy Director General of the Police Directorate Jože Senica, and Mateja Končina Peternel, the Supreme Court Judge who pledged “to support the creation, development, implementation, and operation of a Children’s House in accordance with the National Guidelines for Barnahus in Slovenia and the Roadmap towards establishing, operating and evaluating Barnahus in Slovenia and that progressively meets the European Barnahus Quality Standards wherein a multidisciplinary team approach will be utilised in the assessment, investigation, prosecution, and referral for medical and therapeutic treatment for children who may have been abused.”