Presentation of the project GoForMura 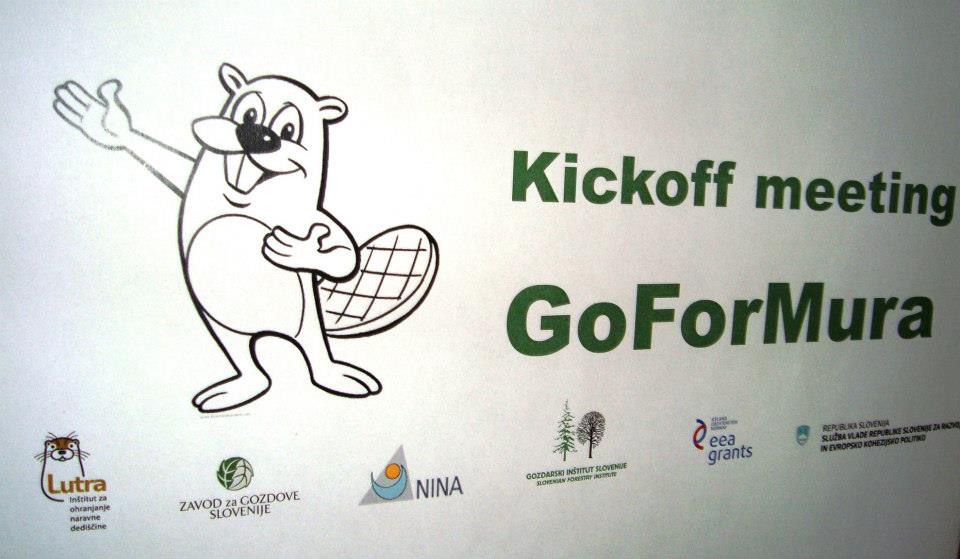 The project addressed two forest habitat types with unfavourable conservation status. Due to various activities on the Mura river and the agricultural lands in the 60s and 70s, the floodplains of oak, ash and elm forests are at risk due to lower levels of groundwater and shorter flooding periods. Unfavourable status of the habitat type of alluvial forests, alder and ash forests is the result of inadequate management. The disappearance of aquatic and wetland habitats thus puts amphibians at risk. The disappearance of oak and variable amount of dead wood poses the existence of certain types of beetles at risk. Two new species have emerged in the relevant habitat types, namely the otter and beaver, which have not yet been sufficiently studied. Also the status of some species of birds is still unknown.

The aim of the project GoForMura is to study the factors which affect both habitat types, and gather as much data as possible on the status of the population of the selected species of amphibians, beetles, the otter and beaver in several locations alongside the Mura river. The findings will serve as a basis for drafting management plans for the testing areas Murska Šuma and Gornja Bistrica which will also be subject to protection measures. The project will also establish monitoring of birds whose status has not yet been identified, and monitoring of measures.