Opening of a reuse show-room 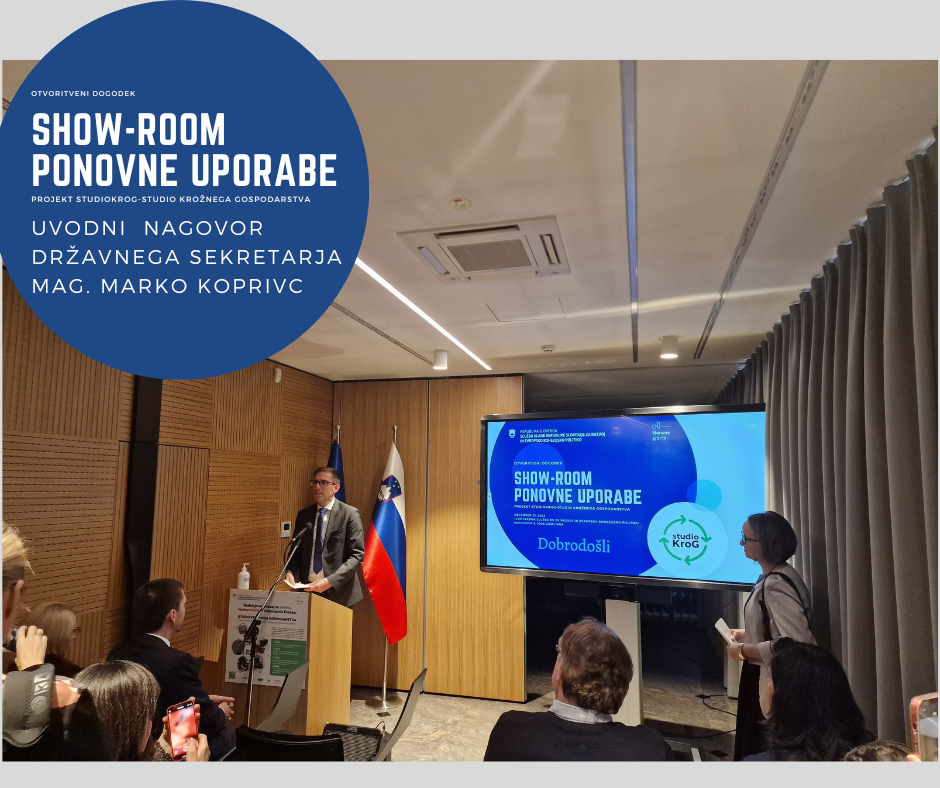 9 January 2023 – The pre-holiday season of December 2022 at the Government Office for Development and European Cohesion Policy was marked by the the opening and handover ceremony of the reuse showroom that was created as part of the co-financed project StudioKroG – Studio of Circular Economy.

The event was opened by State Secretary at the Government Office for Development and European Cohesion Policy, Mr. Marko Koprivc. It brought together, among other guests, the project promoter – Scientific Research Centre Bistra Ptuj, and project partners of the project StudioKroG – Studio of Circular Economy, Reuse Center (CPU), OKP Public utility company Rogaška Slatina, Development Research Center Ormož and Fonix AS from Norway.

“The newly acquired area featuring repaired and refurbished equipment that has been repurposed and given new life is a piece of the mosaic of the circular economy. It is our responsibility and a part of our path to a zero-waste planet,” said State Secretary, Mr. Marko Koprivc, who expressed his satisfaction that the Government Office for Development and European Cohesion Policy sets an example of a responsible attitude towards the environment.

The project StudiKroG is implemented under the programme Climate Change Mitigation and Adaptation.