Annual Meeting with the Donor States 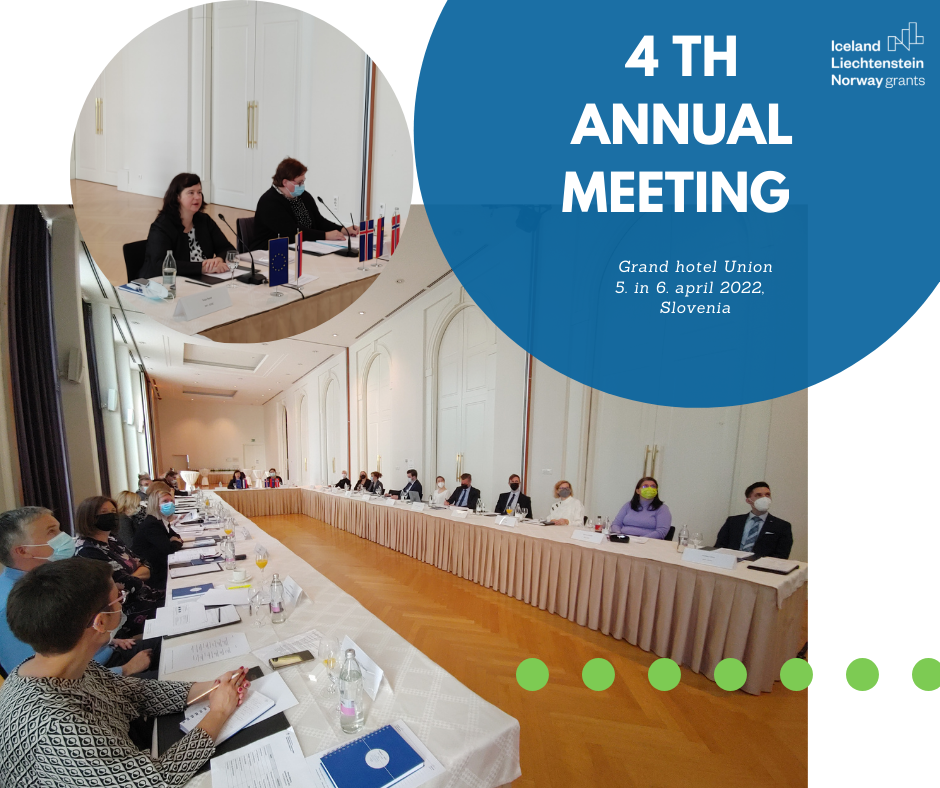 5 and 6 April 2022 – The fourth annual meeting with the Donor States in the current period of implementation of the EEA and Norway Grants took place in Slovenia. The annual meeting was organized by the National Focal Point.

At the annual meeting, the participants approved the Combined Strategic and Annual Report for 2021, reviewed progress in the implementation of programmes and funds, as well as activities and initiatives in the framework of bilateral cooperation.

The two-day meeting also included a varied accompanying programme, during which participants visited examples of good practice of projects implemented under the Active Citizens Fund and the location of the children’s house, which is one of the results of a pre-defined project Children’s House (Barnahus) implemented under the Education, Scholarships, Apprenticeship and Youth Entrepreneurship programme. The participants also visited the Ljubljana City Hall, where a presentation of the city and its good stories was held, as well as a discussion on possible bilateral initiatives.