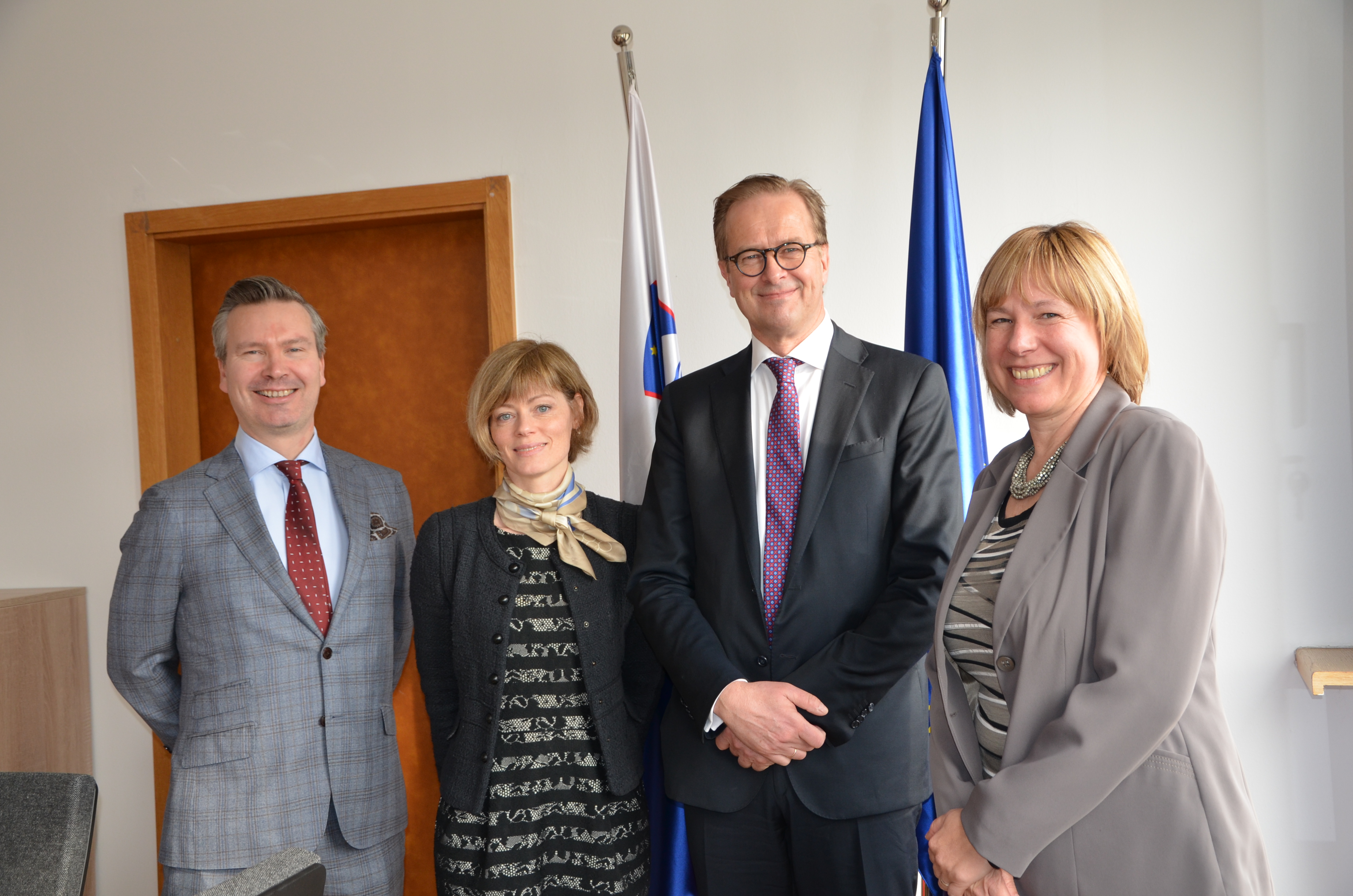 In the framework of the implementation of the Norwegian Financial Mechanism (NFM) and the European Economic Area (EEA) Financial Mechanism 2009-2014 the 3rd annual meeting with the Donor States representatives was held on 17 March 2015. The meeting took place at the premises of the Government Office for Development and European Cohesion Policy. The aim of the meeting was to review the state of play regarding the implementation of both programmes, and to make sure that the funds, available under both Financial Mechanisms, are being absorbed effectively and efficiently.
The annual meeting was attended by the representatives of the Donor States, namely the representative of the Norwegian and Icelandic Ministry of Foreign Affairs, two representatives of the Brussels-located Financial Mechanism Office, representative of the Embassy of the Kingdom of Norway from Budapest and the representative of the Embassy of Iceland from Vienna.
The Donor State delegation paid a visit to the Programme Operator of the Slovenian Scholarship Fund, namely the Centre of the Republic of Slovenia for Mobility and European Educational and Training Programmes (CMEPIUS). CMEPIUS representatives presented to the Donor delegation the activities of the Centre. The delegation also visited the Institute of Criminology at Ljubljana Law Faculty the representatives of which presented the project “Systematic approach to peer violence in educational institutions – model and guidelines”.
At the annual meeting the Combined strategic and annual report for 2014 was presented to the delegation and was also approved, as well as the report on strengthening bilateral relations at the national and programme level, publicity and information, risk management and a horizontal review for 2014.
Programme Operators presented to the Donors the report for 2014 and the state of play by individual programmes. The Donors welcomed the progress made over the past 6 months and stressed the importance of the efficiency of the implementation of the projects chosen in the framework of the call for proposals for the SI02 and SI05 programmes.
Prior to the annual meeting, Donor States representatives were welcomed by the Minister without portfolio responsible for development, strategic projects and cohesion Alenka Smerkolj. She presented the implementation of the programme and the programming for the new programming period.

Presentation of the project OPENN
Scroll to top