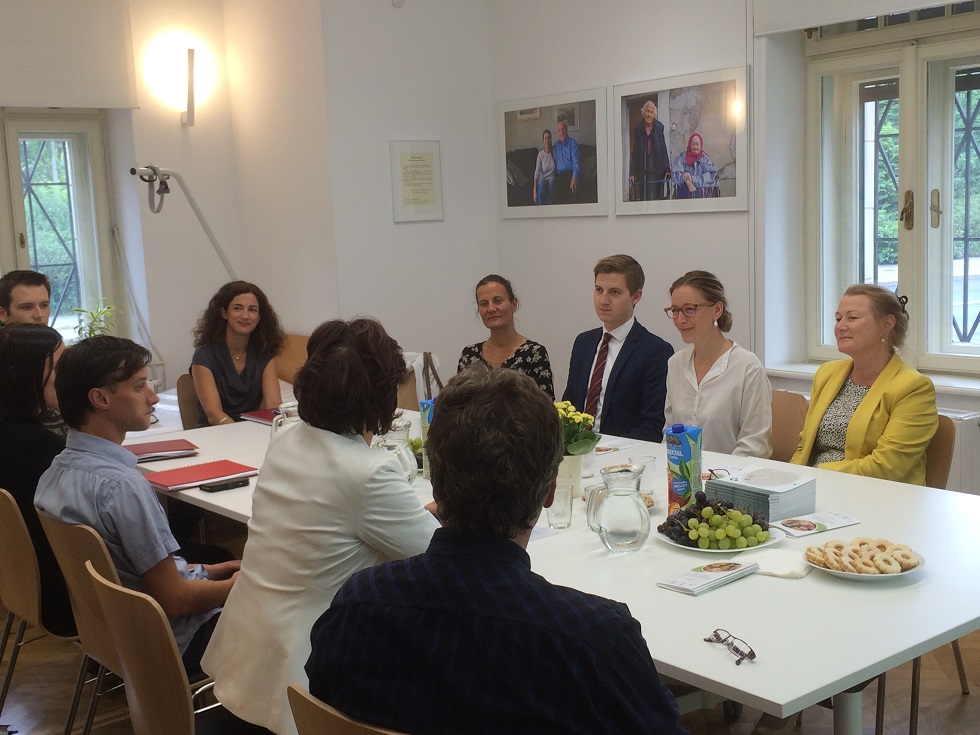 The aim of the project “Active and high-quality ageing in home environments” is to introduce a system-wide change at the local and national level which would result in the adoption of a specific law governing long-term healthcare in the framework of the wider public healthcare service network. Healthcare would be provided at the homes of users eligible to such assistance. As a result of a higher standard of living, access to better-quality food, better healthcare and the ageing of the “baby boom” population, the percentage of older population increases each year in Slovenia as well as throughout Europe. According to statistics 32% of Slovenia’s population will be older than 60 years by 2030. System-wide solutions should include all aspects, in particular the aspect of healthcare and the social and economic aspect. Practice has shown that the users of home care services also want to use other services with the highest demand for physiotherapy, occupational therapy, speech therapy, dietary and health care. All these services will be implemented in the framework of the project along with mass measurements of individuals older than 65 and intervention proposals on how to adapt their living environment.