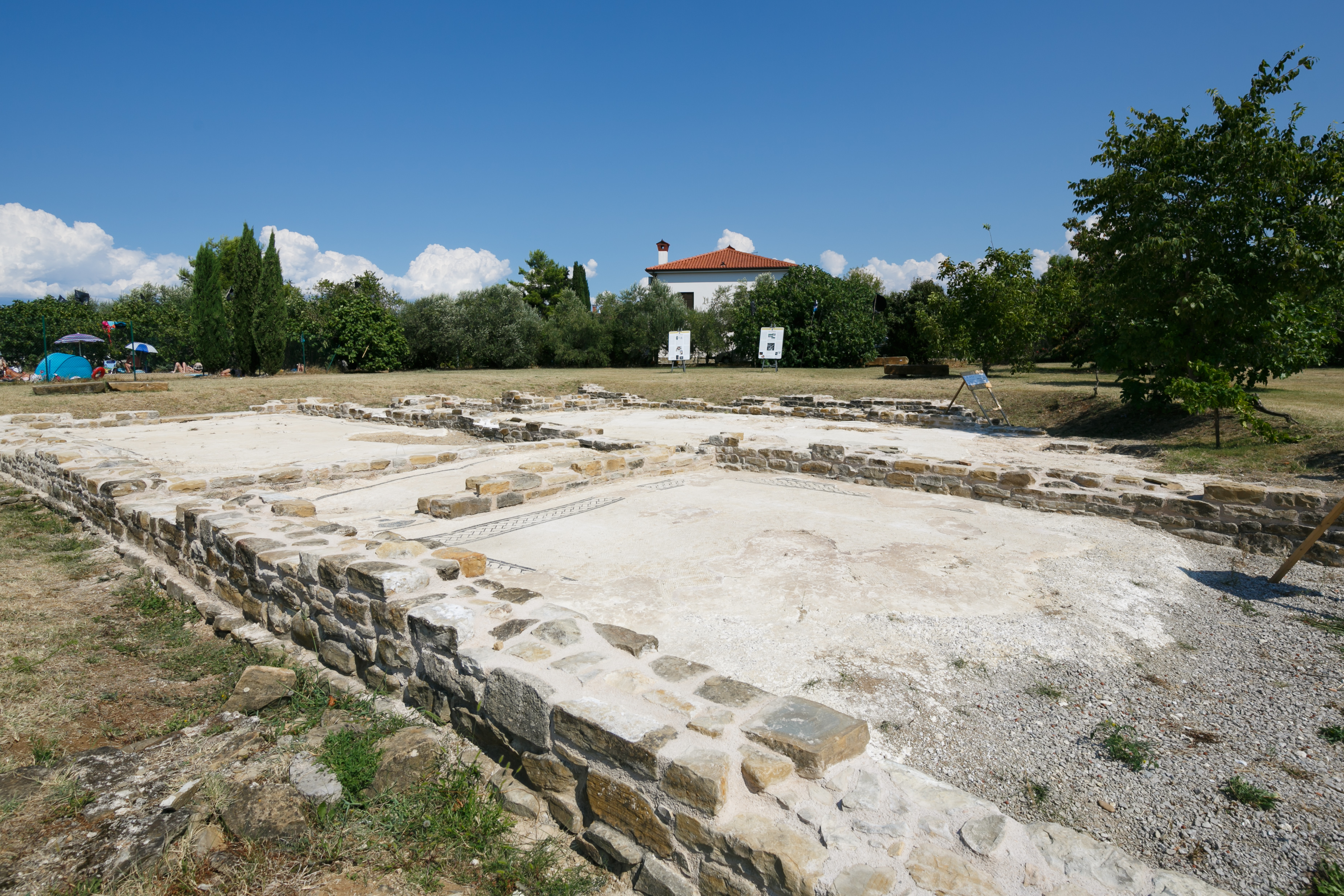 The renovation of the Archaeological Park Simonov zaliv in Izola has been completed and the park is now open for visitors. For the long-lasting renovation 1,2 million euro have been spent, mostly contributed by the EEA Financial Mechanism and Norwegian Mechanism.

The new image of the archaeological park is visible from a distance. The most important part of the park, two Roman mosaics, are protected by a roof which can’t be overlooked. At the moment, the monument of national importance now offers to visitors, besides the two restored mosaics, an important novelty – an interpretation centre.

The head of the project Irena Lazar explained that the most important difference for the visitors is that now they will be finally able to see the mosaics. “We have established a special centre for visitors in interconnected containers. For those who find it difficult to grasp the meaning of the mosaics from what they see in the field we tried to conjure the impression of the way of life people in the villa led.”

The harbour, still noticeable below the surface of the sea, was an important part of the rich Roman heritage. They have prepared a special programme for underwater sightseeing for those who like diving. “Our Archaeological Park includes also the underwater archaeological trail for sightseeing of certain points of interest of the remains of the Roman harbour, explaining the position of the pier, the finds, etc.”

The Archaeological Park is most certainly an important addition to the tourist offer. The local operators should make an effort to promote it, and collaborate in asserting the importance of this valuable monument. Weather permitting, the park will be open every day from 5 p.m. to 8 p.m.