Domov > News > Unused potential of women – can we afford it?

Unused potential of women - can we afford it? 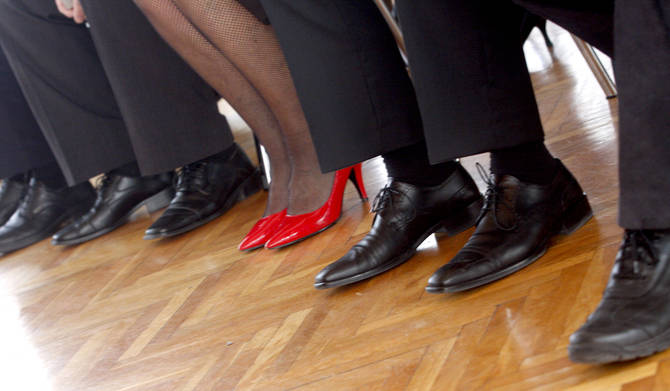 The financial and economic crisis is an opportunity for radical social changes, finding innovative and better solutions, creating a more just society. This is also a time when gender equality, one of the buildings blocks for a more just society, is at a great test as it is often understood as something we deal with only in the times of economic and social growth and progress.

Gender equality is not a luxury. It is a necessity. It is not only a matter of human rights and democracy but also a matter of economic development and social welfare. Numerous studies and experiences from the business and political sphere show that gender equality pays off. Equality between men and women or gender diversity improves the decision-making process, enhances the effectiveness of enterprises, reduces risks and promotes making socially responsible political and business decisions.

The participants of the conference Gender Equality Pays Off, which took place on 15 and 16 January 2014, discussed political, economic, social as well as private reasons for the equality between men and women. The key question that the participants tried to answer was whether we can afford to not use the potential of women. Throughout Slovenia as well as elsewhere in Europe, women are more educated but attain mostly lower and less-paid jobs and are underrepresented in the decision-making positions in politics and the economy. The participants presented various good practices and discussed the key challenges for strengthening gender equality in the future.

The conference was an opening event of the project Towards Equalising Power Relations between Women and Men which is implemented by the Ministry of Labour, Family, Social Affairs and Equal Opportunities and financed under the Norwegian Financial Mechanism Programme 2009-2014.

Training on how to use DORIS
Scroll to top